How Hawaii National Bank Got 100% HRA and Biometrics Participation

“Sorry Derek, I think I misheard you. What percentage of employees participated?”

Yep, still dumbstruck. I asked if Derek would mind sharing his story, to which he replied in a laid-back I-live-in-Hawaii drawl:

“I’d love to share. People always tell me I have these crazy ideas, but eventually we try to find a way to make them work and not seem so crazy.”

Hawaii National Bank is unique for a bank, but not for a business

Hawaii National Bank, established in 1960, is a family-owned business with a strong sense of community and low turnover. They employ 195 people at 13 branches on three islands. Other than being in one of the most beautiful places in the world, it’s hard to find something particularly unusual about their daily operations.

The bank started a health risk assessment and biometrics campaign around six years ago. According to Derek, “the key driver to introducing biometric sessions was a ‘know your numbers’ campaign, bringing awareness to employees about their overall health based on their screening numbers. This was introduced after the bank realized that a lot of people were not completing their annual physicals.”

Biometric screenings were held once a year over a three-day period in the head office building. Because HNB’s vendor would only go to work locations with 25 employees or more, branch employees had to visit a health center or physician on their own then send a signed form to HR that confirmed they went.

Naturally, that meant a lot of friction for employees. During the first year of their biometrics campaign, Hawaii National Bank had 48 percent participation. This number then tapered downward to the low 40s over the next few years. Like many companies with little to no budget for wellness initiatives, Hawaii National Bank added incentives using raffles and free promotional items to engage employees. This helped boost participation into the high 60s but never past that.

Then Derek showed up

Although his formal background is in mathematics, Derek’s passion for the past 25 years has been HR:

“What I enjoy is a combination of helping to make an impact on people and the organization. But my role also has an element of creativity, and yes I know that’s ironic coming from a math major.”

You would think that Derek would come off as quite sure of his success in the wellness space. But he’s the first to acknowledge his limitations in terms of time and expertise: “Most of us in HR never really grew up in the space of wellness. It’s something new to most of us. We haven’t been formally trained per se, and it’s a lot of hit or miss. And—at least according to my manager—it’s five percent of my job.”

Even so, when Derek arrived at Hawaii National in 2013, it didn’t take long for him to recognize friction in the company’s wellness program. While head office personnel had biometric screenings brought to them, branch employees had to go out of their way to engage in the campaign.

It was a few months before the campaign’s start that Derek decided it was important to bring screenings to the branch locations.

Derek contacted the vendor who performed the screenings to see if he could convince them to go to the branch offices as well. Unfortunately, the vendor declined. After all, a policy is a policy, and the service was actually free for Hawaii National Bank through their carrier. It turned out that the bank had done something quite smart and thrifty, which was to take advantage of a free resource.

At this point, no one would blame Derek for calling it a day. But that’s not what Derek did: “I called a contact that I had at the local hospital.”

“In about two and a half weeks, we created an employee health and wellness program for which we would be the pilot.” It wasn’t free, but it was substantially more impactful.

How did he convince leadership? “I pointed out that participation at the branches was well below 50 percent. The numbers sort of spoke for themselves. And so they said, ‘Let’s see what happens.’”

The hospital system would support Hawaii National Bank and be a resource for any of their health and wellness needs. And—wouldn’t you know it—they would send someone to every branch to carry out biometric screenings.

Even better, a dietitian or a nurse would also be present during the screening process to read the results and explain them to each employee. The hospital would also provide other resources, such as lunch-and-learns and speakers, throughout the year to support the wellness program.

In the first year, participation spiked to 93%

So, how did the program go? With a mix of surprise and amusement, Derek answered: “It went smoothly!” The participation rate went up to 93 percent—without any added incentives. So what was it that made the difference? As Derek puts it: “A lot of it had to do with us going out to them.”

“Our aggregate reporting was far more meaningful because we had data on our full audience in the system. And it told us a very different story than when 40 percent of the people did it. They were already conscientious about their health. It was a real eye opener for us.”

In fact, it spurred Derek to apply for a grant from a pharmaceutical company to run a diabetes program. He was awarded the grant, and that program kicked off this year as a self-management program in the community.

Building on success to reach 100%

Of course, reaching 93 percent engagement in the company wellness program set new expectations going forward. With more time to plan and execute, Derek got to realize the full benefits of the strategies he started in 2013, as well as new ones he added for 2014. Together, they helped Hawaii National Bank achieve 100 percent participation in 2014.

Leadership Support: “It’s got to start from the top.” The President of Hawaii National Bank set the stage for success with an email at the beginning of the year. In it, he thanked everyone for caring about their health and for participating in the wellness program. As Derek puts it: “If it’s important to the organization, and if it’s something leadership truly embraces, then it makes it that much easier for people in HR—or anyone—to carry out those wishes and embrace the organization’s mission and vision.”

More Education: Derek added open enrollment fairs to the branches to give employees the opportunity to get information on health insurance from its source. “It’s great to have another perspective. Employees quickly get tired of just hearing me on my soapbox.”

Employee Survey: Using SurveyMonkey, a simple survey was sent out to employees asking about wellness topics they were interested in, their experience with the wellness program, and other related questions.

Employee Updates: Derek thinks it’s important to close the loop with employees and let them know the actions you’re taking based on their feedback. He warns that otherwise an attitude of “you do these surveys and nothing ever changes” can develop. Derek shared the results of the surveys and the organization’s progress with the employees semi-annually.

Wellness Committee: When Derek first arrived at the bank, he helped revamp the company’s existing three-member wellness committee to a 10-member committee that was more representative of the company as a whole—including the branches.

Incentives: Here Derek got creative again. In Hawaii, there aren’t many options to tie incentives into healthcare premiums. Instead, Derek tied the incentive into the dental insurance rate. For 2014, if employees participated in the biometrics screenings and wellness program, their dental rates would drop to $5 per month—a savings of $300 per year.

The organization continues to push forward by embedding employee well-being even deeper into the company’s DNA: Derek is currently working with his President and other senior leaders on updating the company’s mission statement to include wellness. “The reason we’re working to include ‘wellness’ and ’employee engagement’ into the mission statement is two-fold.  First, it sends a strong message to the employees that we value them, and second that they are an integral part of our brand.”

Derek will be the first to tell you that there is no one-size-fits-all program for wellness. But he thinks that’s the best part: “The exciting part of HR today, versus before, is that it’s not just focused on the compliance side; but it’s also innovative and creative.”

Subscribe to Airbo's Blog
Thank you! Your submission has been received!
Oops! Something went wrong while submitting the form.
Read also our recent posts Roe v. Wade is Repealed: What to Communicate to Employees

The announcement of SCOTUS’ decision to overturn Roe v. Wade has triggered an influx of questions in our inboxes, all asking the same thing: “What do we say?”
Read More 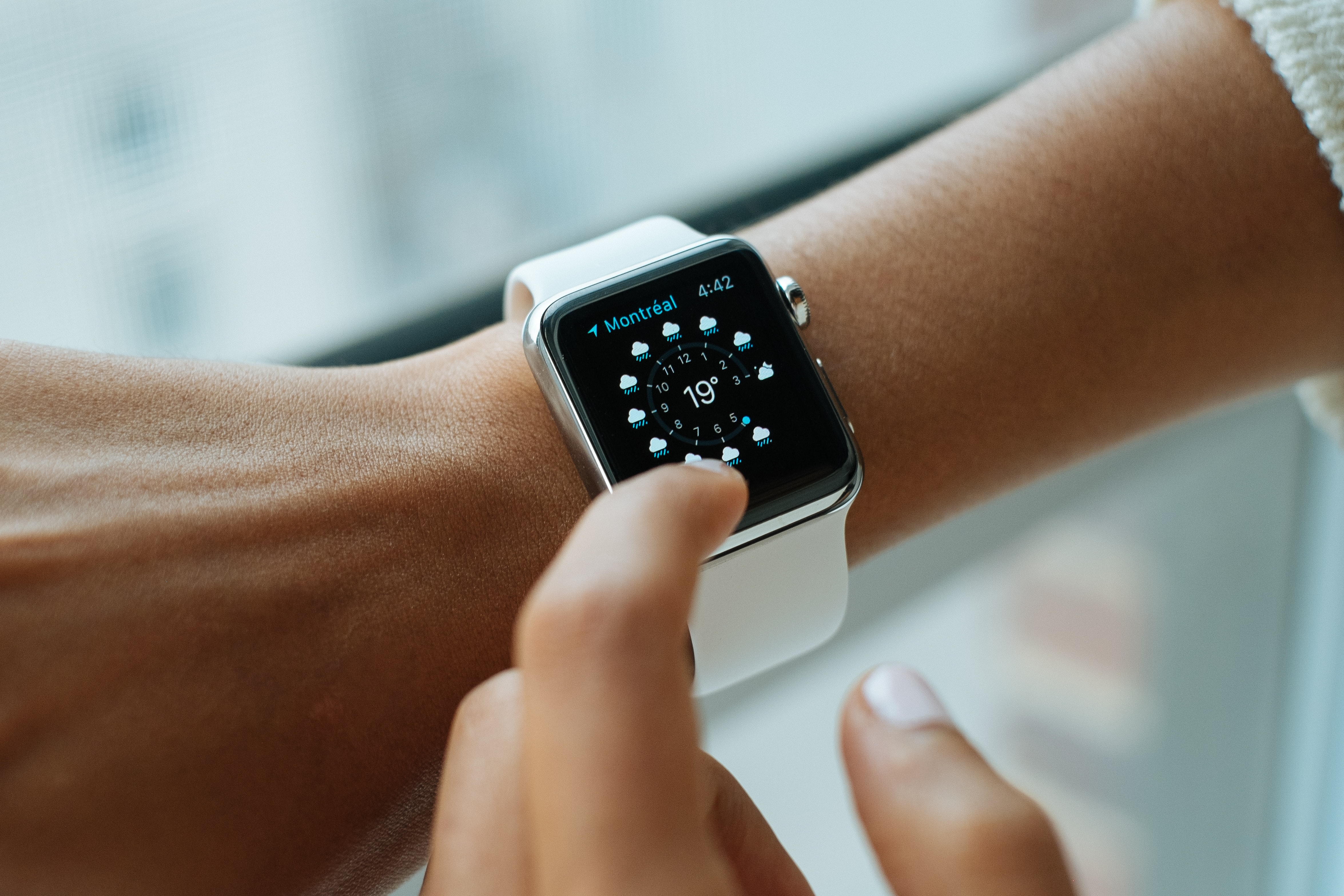 How the Apple Watch Will Hurt and Help Employee Engagement

Smartphones have transformed the way employees engage in work, and smartwatches are about to do the same.
Read More Layer in language barriers for nonnative English speakers and a critical component of employees’ total compensation gets much harder to access.
Read More